In 2014, the orchestra,the 100 Tagú Cigányzenekar, also known as the Budapest Gypsy Symphony Orchestra, was designated a "hungarikum," a national treasure recognized by the Hungarian Parliament.

THE BEST FROM HUNGARY

The Budapest Gypsy Symphony Orchestra, the world's largest Gypsy symphony orchestra, is the only of its kind in that its transcends music to a new level of enjoyment for the audience. Gypsies are so sensitive to the music which they play intuitively as if by instinct that the audiences sees it as much as hears it.The words of the world famous Hungarian painter of gypsy origin fit the Budapest Gypsy Symphony Orchestra perfectly. The name and achievements of the Orchestra, has been awarded the Hungarian Heritage prize and is preserved in the Golden Book and in the Invisible Museum of the Hungarian Spirit.

The world famous orchestra which has been performing for nearly 30 years works as a classical symphony orchestra and is a unique formation. The activity of the orchestra in guarding tradition is invaluable, unparalleled in the world. As well as classical music such as pieces by Liszt, Bartok, Kodaly, Hubay, Erkel, Brahms, Tchaïkovsky, Sarasate, Strauss, the orchestra also plays modern and traditional Hungarian folk music.

A poignant beginning from an ending, this world-renowned Hungarian orchestra emerged out of an improvised performance by Gypsy musicians gathered from around the country for the funeral of legendary Gypsy soloist Sandor Jaróka in 1985. The Budapest Gypsy Symphony Orchestra has gone on to be acclaimed globally for its extraordinary technique and feisty interpretations of classical and traditional works with Laszló Berki as Orchestra leader until his tragic death in 1997, the crème of Hungary's Gypsy musician dynasties was drawn to join, including names such as Boross, Lakatos, Lendvai Csócsi, Rigó Buffó and Beke Farkas. 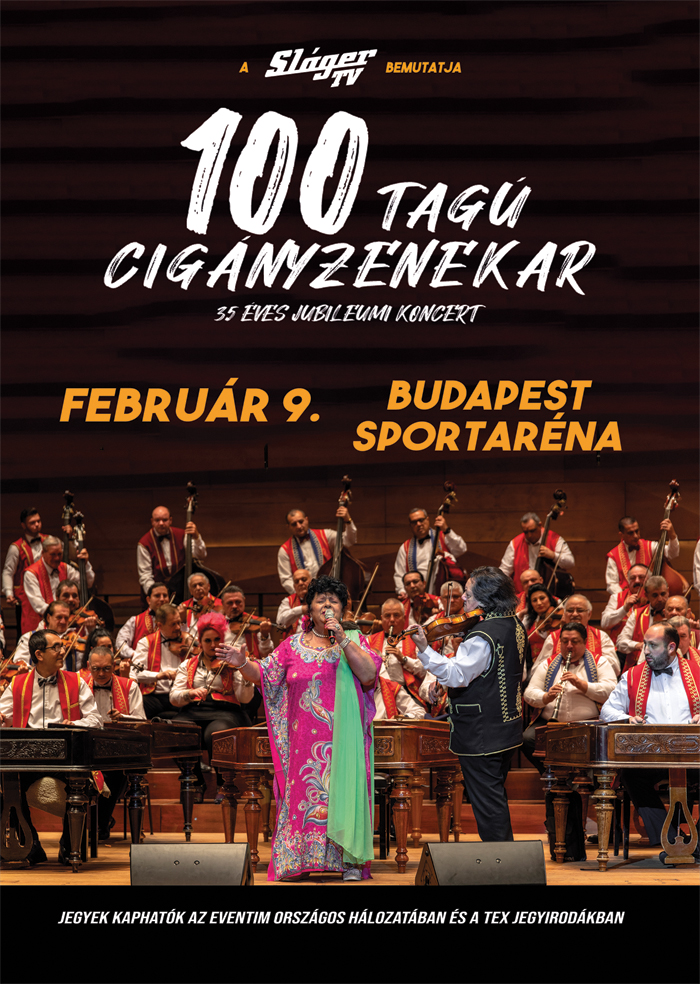