Without his fans, his life is not complete for the composer

On January 23, 2019, Ennio Morricone, celebrating 90th birthday this year, will give another grand concert in Budapest. The author of the world's most influential movie sound last year thought he would focus on his composer work in the future rather than on tours.

- Ennio Morricone was impressed with the 60 Years of Music World Tour, where he also visited Budapest last year. Though he originally intended to retire from the tours, feeling the love of the audience and the atmosphere of the great concert concerts, he made the decision to return to the stage for a short, exclusive series of concerts - said Maestro's press office.

The ENNIO MORRICONE - 90th CELEBRATION CONCERT concert, which has six European cities, including the Hungarian capital, is also accompanied by the Czech National Symphony Orchestra, Ennio Morricone, who has been composing the music of legendary films over the past six decades, such as: Once upon a time Wild West, The Pros, For a Bunch of Dollars, The Good, the Bad and the Slave, Who defeated Al Capone.

During his successful tour of 2017, Morricone, who was in full swing in Budapest, said: "Music does not want to turn back, but in the future it does not take concert tours.

The two-time Oscar-winning composer, Grammy and Golden Globe, celebrates its 90th birthday in November, and this time it will feature the best of its creations at the Papp László Sportarena on January 23, 2019 at 8 pm. 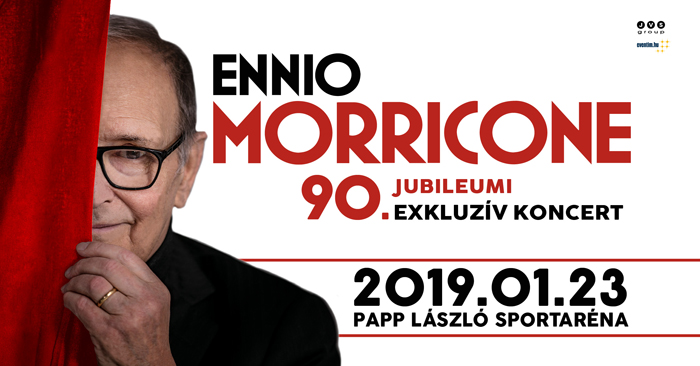