The Queen of French Chanson will soon arrive to Budapest!

With the "Made in France" European tour of the uncrowned queen of chanson, Mireille Mathieu will visit Hungary, during next year’s March. At her last concert in Budapest, she was genuinely cheered by a full house of the whole Hungarian audience. This time on the 3rd of March 2020, she will be accompanied by the Czech National Philharmonic, and a number of surprise guests at the Papp László Sport Arena.

Charismatic French Chansonniere, Mireille Mathieu, began her musical career in 1970 and has recorded more than 1,200 songs, released over 40 albums and performed them all around the world.

"We are delighted to work with Madame Mathieu again. Her concerts are not simply only about singing. It is a magical performance, with an incredible tone, elegance, and not least a special atmosphere created together with the band. All this, is what makes the show unforgettable. It has created a unique basis for the European taste - says JVS GROUP about the upcoming concert.

Mireille Mathieu recorded her new album during fall, so we're all waiting for those never heard new songs, at the Budapest show.

Be part of a lifestyle experience that will provide fans and new enthusiasts with a musical refreshment, next spring. 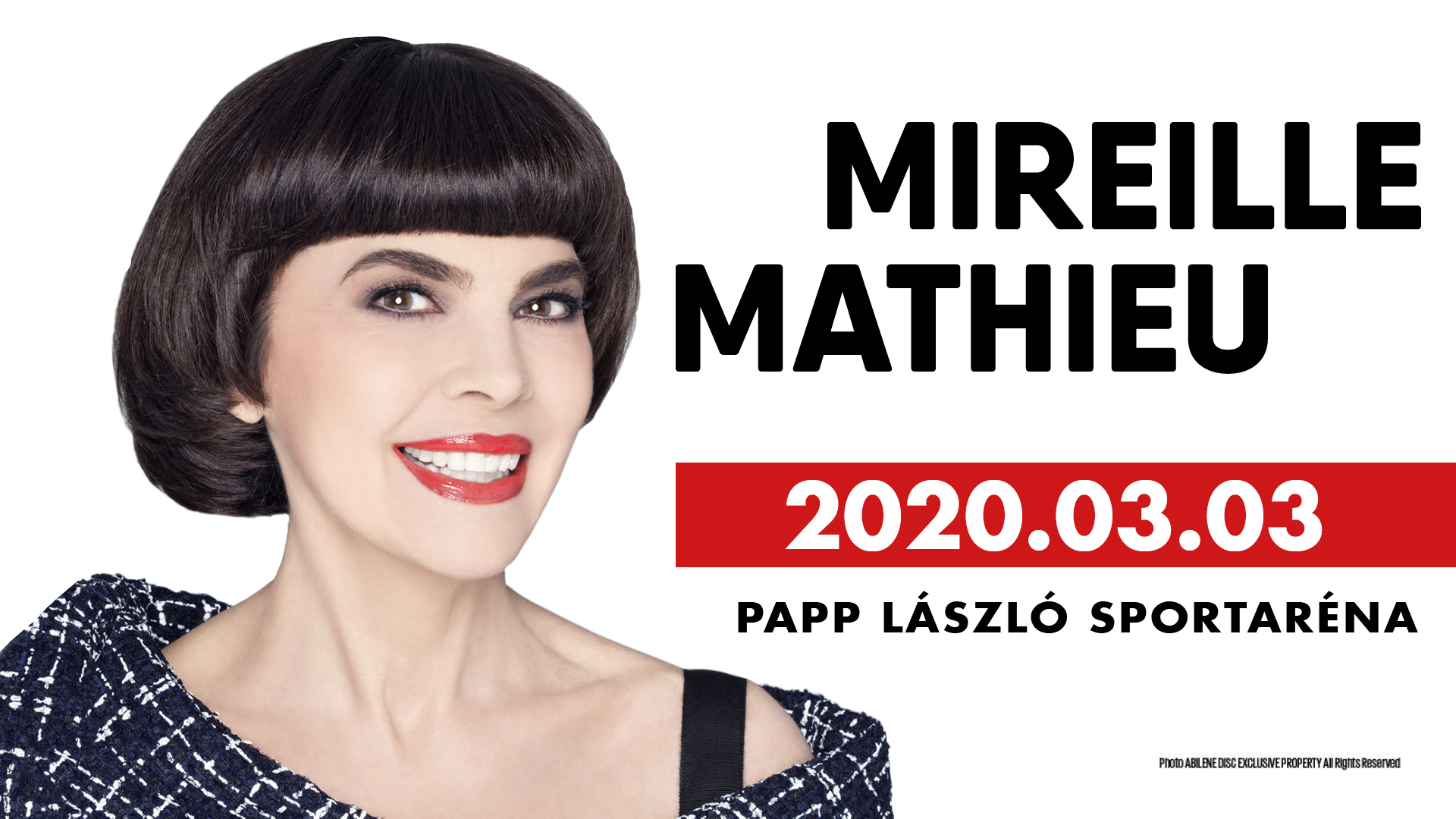