TESLA’s name and legacy experiencing a worldwide revival as a “hot” topic, attraction and inspiration, we have created a multi-media show on the crossroads of playful contemporary art installations, cutting-edge technology and actual real-life implemented applications.

The exhibition represents a 15-year long work of the world-renowned and award-winning author Helena Bulaja Madunić, her and her co-curatoras and co-designers Maria Del-Santo, Elena Degli Innocenti, Max Pinucci and Miguel A. Delgado, as well as the group of international and domestic artists who work in the field of synergy of art and science by combining film, animation, video art and technical innovations. The project director and head of the international design team is Sascha Machiedo, an industrial designer and museum advisor with more than 20 years of experience in artistic, cultural and business projects and exhibitions all over the world.

The exhibition Nikola Tesla - Mind from the Future, held in Zagreb from November 25th 2017 to April 2nd 2018 in Meštrović's Pavilion, has since its inception been a project developed under the high patronage of the President of the Republic of Croatia, Mrs. Kolinda Grabar-Kitarović and the City of Zagreb, the City of Karlovac, the Ministry of Culture, the Ministry of Tourism, the Ministry of Science and Education and the Ministry of Environmental Protection and Energy.

The concept of the exhibition is that the exhibition Nikola Tesla - Mind from the Future is not merely a static display of exhibits, but a complete experience of both their image and their application. Thanks to this, the Exhibition attracts a wide range of people from different professional fields and all ages, making it an ideal medium for conducting corporate and social events, programs and presentations, which are all conducted in a natural and informal way.

The goal of Nikola Tesla - Mind from the Future exhibition is to introduce Tesla as a shared Croatian and Hungarian cultural heritage, to promote and provoke artistic excellence, originality, inventiveness and the application of the latest technologies in the area of visual arts.

The exhibition and program activities of Nikola Tesla - Mind from the Future exhibition are an unexplored platform of opportunities that could become Budapest's stage for positioning itself as one of the key locations for Tesla's creative work. Through the networking of domestic and foreign artists that will contribute to the visibility of Croatia and Hungary on an international level - from Zagreb, Budapest and the World EXPO 2020 in Dubai.

The cross-media documentary “Mechanical Figures – Inspired by Tesla”, envisioned and directed by artist Helena Bulaja Madunić, has become a “walk through the movie experience” - a spatial gallery installation, “Nikola Tesla – Mind from the Future”, with the main intention of guiding visitors through Tesla’s mind.

This concept exhibition wants to highlight the importance and potential of ideas as yet nonmaterial but most important and real generators of new life. Following the magic symbolism of the number 3, a number that Tesla held as very important, the venue for our storyline is divided into three main conceptual and realistic spaces – the “Lobby”, the “Piano Nobile” and the “Tesla’s Room”.

Partnering up with the adjacent Technical Museum, filled with electrical machinery from the industrial period, visitors are welcomed by the sculpture of Tesla, forged from iron in powerful lines, emerging from the ground and opening its hands towards the skies. Tesla’s Power Liner, presented in a 6-meter-tall format with a weight of one ton, is a spatial sculptural iron sketch of the future power liner.

Entering this new dimension, literary through Tesla, by walking across the upper gallery floor of the Tesla Loft, visitors are welcomed to the “Piano Nobile”. Here, they can get a glimpse of introduction to Tesla’s engineering accomplishments, as well as, of the instances that sparked the inspiration of many different Pop-Art authors from all around the world. This section allows, especially for kids, to experience the magic of interactive Tesla’s theatre, where they can, even for a brief moment, become Tesla and enjoy the surreal world of the futuristic animated 3D movie: “Tesla – The Invention of a Dream”.

From the Piano Nobile, visitors enter the core of the exhibition – the Tesla Room - where the glimpse of Tesla’s genius mind from the future is invoked. This magical 600-meter-squared space packed with immersive multimedia installations, is the conceptual recreation of Tesla’s latest conceptual patent – the Mind Projector.

On their journey through 9 spaces that represent nine story chapters, visitors have Tesla’s friends and contemporaries as personal guides through his:

5. TRAVELLING TO AMERICA with an Ocean liner

6. Accomplishing major discoveries in NEW YORK AND NIAGARA at the end of the 19th century

7. COLORADO SPRINGS LABORATORY – the first glimpse into the space and Mars explorations

9. RADIO DREAM – one man’s vision as an anchor for contemporary humanistic retro-futuristic reality

Almost like in an Alice in Wonderland journey, they will undoubtedly enjoy the beauty of Tesla’s creative spirit, following his life from birth to death, through a completely new perspective of Tesla personality, never explored before, focusing primarily on the development and influences of Tesla’s work in the field of development of optical toys, animation, photography, film, music, science fiction, computer games, cognitive psychology, astronomy, art deco and entertaining industry, starting from the idea that to be inspired by Tesla means to awaken in yourself the code of creative life, which is the main message the exhibition wants to convey to the public at large. 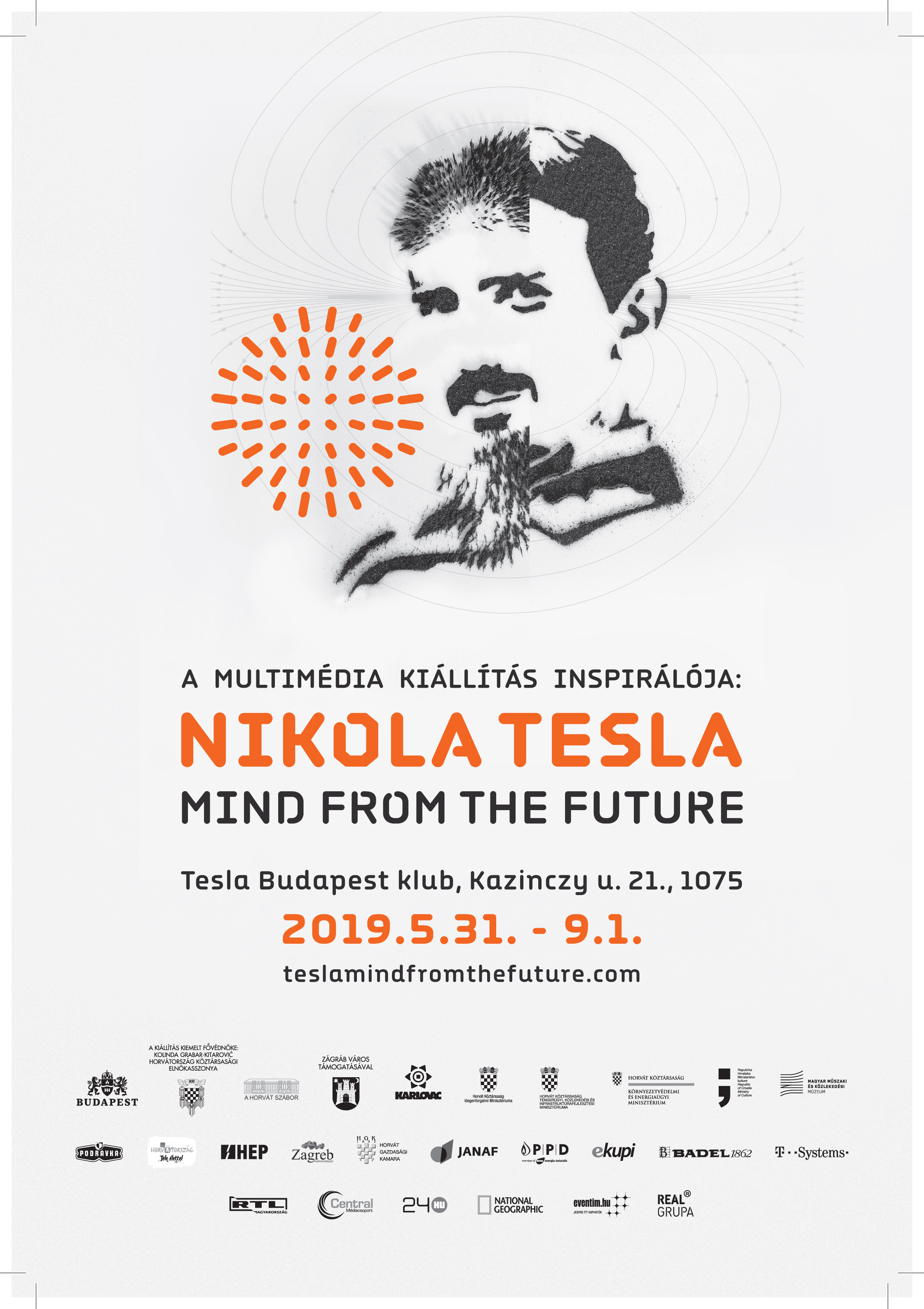